How do the world's countries compare in terms of the population's educational attainment? This question can be answered with new data by the UNESCO Institute for Statistics (UIS), released in February 2016. The UIS Data Centre lists data for three indicators:

All three indicators are available for the total, male and female population. The first two indicators are presented for the levels of education defined in the International Standard Classification of Education (ISCED):

The table on the highest completed level of education in the UIS Data Centre also presents the percentage of the population that has no formal schooling and that has incomplete primary education.

Figure 1: Number of countries with data on educational attainment in UIS Data Centre per year 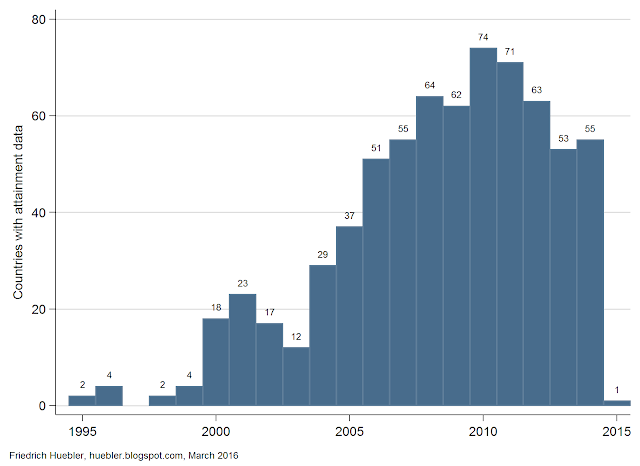 Figure 2: Number of countries with data on mean years of schooling in UIS Data Centre per year 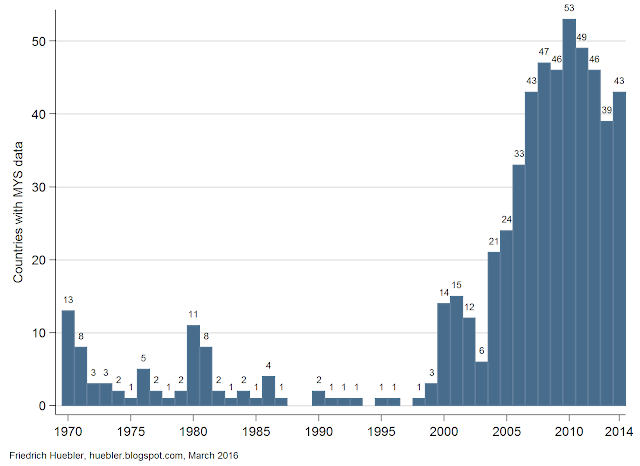