The estimate for 2013 represents a decrease by 72 million from 2000, when about 196 million children and adolescents were out of school (see Figure 1). Most of this decrease occurred between 2000 and 2007 but since 2007 there has been hardly any progress in reducing the global out-of-school population. In the most recent period there was even a slight increase in the number of out-of-school children and adolescents. 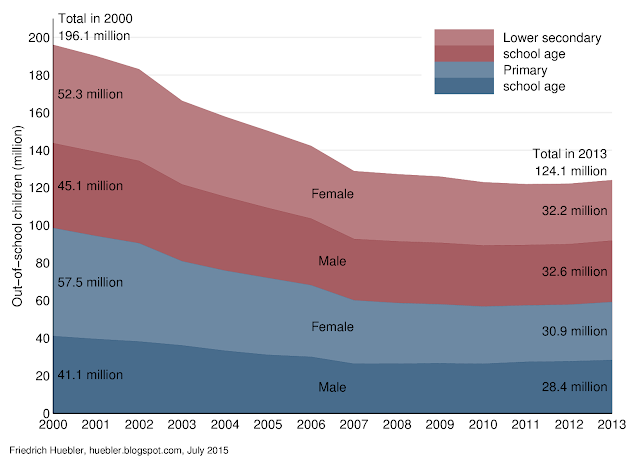 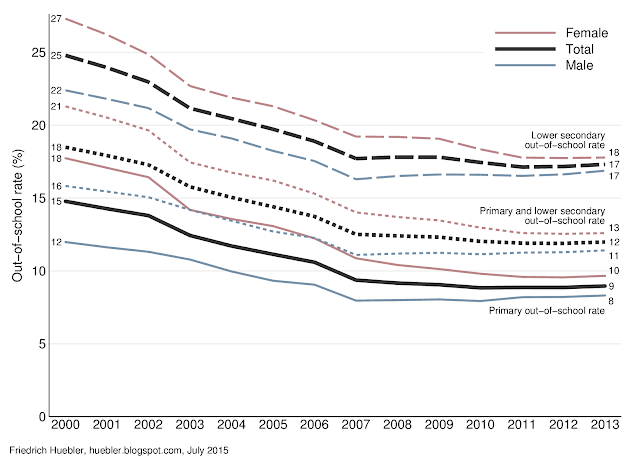 Because of the lag between the collection of national enrollment figures and the release of global out-of-school estimates by the UIS the number of out-of-school children and adolescents in 2015 is not yet known. Nevertheless, it is already clear that the Education for All goal and Millennium Development Goal of universal primary education by 2015 cannot be reached.

A joint fact sheet by the UIS and the Education for All Global Monitoring Report contains more detailed analysis of the most recent out-of-school data and explains that current international aid for primary and secondary education is insufficient, especially for the world's poorest countries.